Free Shipping Anywhere in the US

How to keep kids from drowning

The Instinctive Drowning Response, aptly named by Francesco A. Pia, Ph.D., is what people do to avoid actual or perceived suffocation in the water. Often we don't realize we are in real trouble until it's too late. And unfortunately, it does not look like most people expect.

Drowing on tv is very different than in real life. There is very little splashing, no waving, and no yelling or calls for help of any kind. To get an idea of just how quiet and undramatic from the surface drowning can be, consider this: drowning is the No. 2 cause of accidental death in children, ages 15 and under, just behind vehicle accidents.

Of the approximately 750 children who will drown next year, about 375 of them will do so within 25 yards of a parent or other adult. According to the CDC, in 10 percent of those drownings, the adult will actually watch the child do it, having no idea it is happening. 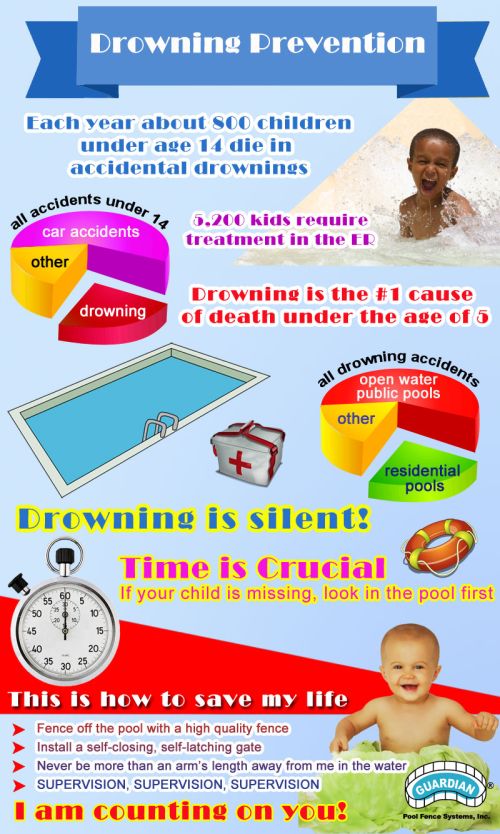 Drowning does not look like drowning—Dr. Pia, in an article in the Coast Guard’s On Scene magazine, described the Instinctive Drowning Response like this:

So what's the No. 1 best way to keep a child from drowning?

Make sure they wear proper fitting Personal Floatation Devices every time they are in the water. Check the weight capacity on the PFD, make sure all the straps are firmly latched, and test out old PFDs to make sure they still float. 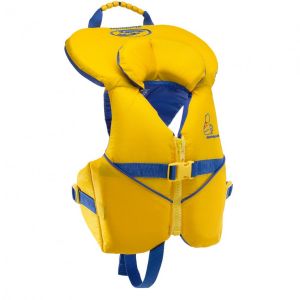 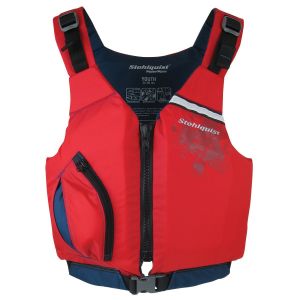 One sunny day, take all your family's PFDs out to a warm lake and test them out. If they don't meet your expectations, it's time to upgrade.

You will be happy you did, and maybe you'll safe a precious life in the future!

Have a great summer and "float" safe out there! 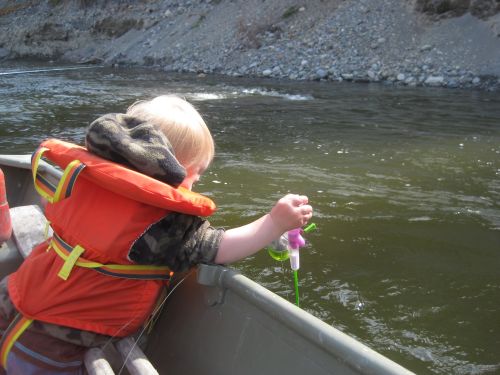 Big things coming for Tuff Kids Outdoors
We are excited to announce that Tuff Kids Outdoors is changing hands! We have had a tremendous run as the creators of the business. We have enjoyed growing in this space and sharing what we have learned with outdoor families from all over. We are proud to say Tuff Kids is just moving down the road...
Read More

Outdoor gear CLEARANCE SALE
As we close down Tuff Kids Outdoors, we will pass on the best deals we can offer  to help you stock up for your next outdoor adventure with the kids. Save 40-60% or more on all kids winter, spring, summer, and fall clearance items and don't forget we SHIP FREE!As winter winds down, consider gr...
Read More

Summer Fishing Derbies in Alaska
Becky Schwanke
Need an opportunity to get out of the house and enjoy the Alaskan summer before it's over? Maybe the kings didn't show up as hoped this year, but there's still a lot of fishing opportunities for the whole family! Check out all the Alaskan fish derbies we found, and note the kid's derby in particula...
Read More

Fun cute and inspiring Knitwit hats for infants and toddlers
Tuff Kids Outdoors
When was the last time your child was excited to put on a hat and go outside and play?  Maybe they need a little encouragement, maybe they need a fun little hat to show off to their friends and neighbors. Save 50% Today on our entire Knitwit Collection The Knitwit hat collection makes us smile...
Read More

Ice Fishing Adventures with the Family
Tuff Kids Outdoors
-As featured in Fish Alaska December 2017 Families Column Cold dark Saturday mornings can be spent one of two ways, sleeping the day away or pulling out of the driveway prepared for a day of adventure, hot cocoa and fish slime. The former sure sounds nice about now, but a brisk weekend adventure...
Read More

Our website uses cookies to make your browsing experience better. By using our site you agree to our use of cookies. Learn More I Agree
× What Are Cookies As is common practice with almost all professional websites this site uses cookies, which are tiny files that are downloaded to your computer, to improve your experience. This page describes what information they gather, how we use it and why we sometimes need to store these cookies. We will also share how you can prevent these cookies from being stored however this may downgrade or 'break' certain elements of the sites functionality. For more general information on cookies see the Wikipedia article on HTTP Cookies. How We Use Cookies We use cookies for a variety of reasons detailed below. Unfortunately in most cases there are no industry standard options for disabling cookies without completely disabling the functionality and features they add to this site. It is recommended that you leave on all cookies if you are not sure whether you need them or not in case they are used to provide a service that you use. Disabling Cookies You can prevent the setting of cookies by adjusting the settings on your browser (see your browser Help for how to do this). Be aware that disabling cookies will affect the functionality of this and many other websites that you visit. Disabling cookies will usually result in also disabling certain functionality and features of the this site. Therefore it is recommended that you do not disable cookies. The Cookies We Set
Account related cookies If you create an account with us then we will use cookies for the management of the signup process and general administration. These cookies will usually be deleted when you log out however in some cases they may remain afterwards to remember your site preferences when logged out. Login related cookies We use cookies when you are logged in so that we can remember this fact. This prevents you from having to log in every single time you visit a new page. These cookies are typically removed or cleared when you log out to ensure that you can only access restricted features and areas when logged in. Form related cookies When you submit data to through a form such as those found on contact pages or comment forms cookies may be set to remember your user details for future correspondence. Site preference cookies In order to provide you with a great experience on this site we provide the functionality to set your preferences for how this site runs when you use it. In order to remember your preferences we need to set cookies so that this information can be called whenever you interact with a page is affected by your preferences.
Third Party Cookies In some special cases we also use cookies provided by trusted third parties. The following section details which third party cookies you might encounter through this site.
This site uses Google Analytics which is one of the most widespread and trusted analytics solution on the web for helping us to understand how you use the site and ways that we can improve your experience. These cookies may track things such as how long you spend on the site and the pages that you visit so we can continue to produce engaging content. For more information on Google Analytics cookies, see the official Google Analytics page. We also use social media buttons and/or plugins on this site that allow you to connect with social network in various ways. For these to work, the social networks may set cookies through our site which may be used to enhance your profile on their site, or contribute to other purposes outlined in their respective privacy policies.